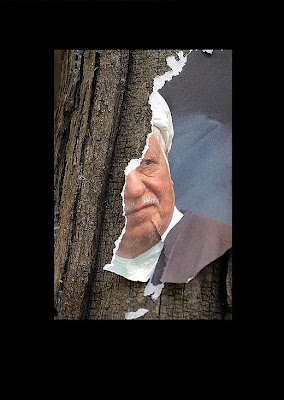 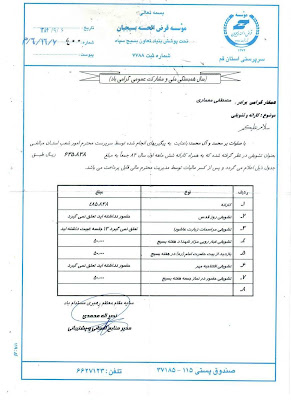 njuring three of the passengers, June '09

s of settlers throw stones at vehicle driving near the Qedumim settlement, injuring


three of the passengers, June '09

I work in Israel for ‘Imad Muhammad ‘Aref, a building contractor from Jaffa. Every day, he comes in his car, to pick me up along with some other laborers from the village.

This morning [Monday, 1 June], between 4:20-4:30 A.M., ‘Imad came to my house in his car, a white Ford minibus with yellow [Israeli] plates to get. The other laborers from the village were already in the vehicle. I got in and we drove off. A few minutes after we passed the Jit junction, about five hundred meters from the entrance to the Qedumim settlement, I heard banging sounds and felt a pain in my head. I thought we were being fired at. I touched my head, and blood spurted onto my face. I realized that the sounds were stones that had hit the vehicle. It was like a gale of stones. I heard someone tell me that ‘Ali, who sat next to the driver, had been injured. The stones flew into the vehicle. The windows shattered and pieces of glass flew and hit us. ’Imad tried to get away from the stone-throwing settlers, but he couldn’t because there were dozens of them. After going a few meters, the vehicle stopped, and we got out. The settlers moved back a bit. Then we saw an Israeli-army jeep parked on the left side of the road, about twenty meters from us. When the soldiers saw us get out, four soldiers got out of the jeep and aimed their weapons at us. ‘Imad and some of the laborers shouted, in Hebrew, that we had injured persons, and asked for first-aid. The soldiers didn't care. They continued to shout at us: “Get away from here.” When the settlers saw the soldiers force us to leave, they continued to throw stones at us and shouted at us, in Arabic and in Hebrew, ”Death to Arabs.” We had to get back into the vehicle. Shaker ‘Atiyyah Sideh was hit in the face while we were outside the vehicle. ‘Ali Hussein ‘Ali, whose skull was fractured, at the hospital in Nablus, 1 June 2009. Photo: Zakariya Sida, Rabbis for Human Rights

‘Imad turned around and took us to the medical center in al-Funduq. He drove with this head out the window because the windshield and the rear window had been smashed, and he couldn’t see. ‘Ali’s situation worsened. When we got to al-Funduq, the doctors summoned a Red Crescent ambulance in Qalqiliya, which took us to the Specialist Arab Hospital in Nablus

We were treated at the hospital. Shaker and I received stitches. Doctors said ‘Ali had been seriously injured, that his skull was fractured and his brain was bleeding . He was taken to the operating room. We don’t know what his condition is. We’re praying to Allah that he’ll be okay. He is a good and honest man, who doesn’t deserve something like this.

Yihya Mustafa Darwish Sideh, 45, married with five children, is a construction worker and resident of Jit, in Qalqiliya District. His testimony was given to Salma a-Deba'i at Rafidiyah Hospital, in Nablus, on 1 June 2009.